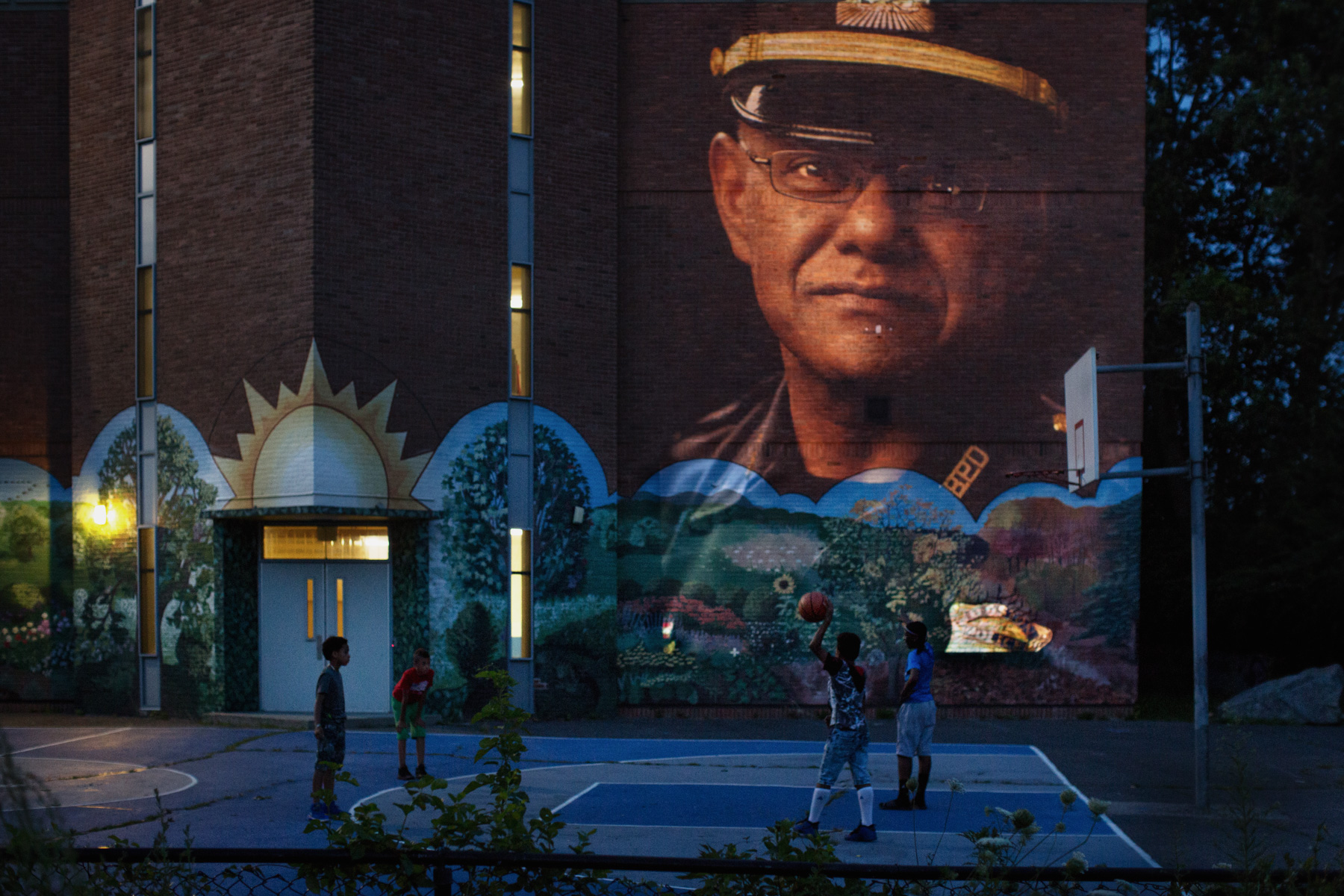 Haseeb Hosein is Boston first Muslim Police captain, supervising the B-3 District of Mattapan/Roxbury. "I came to the United States from Trinidad in 1972, I was ten years old. My parents migrated to Boston thinking it would be a good place to raise children. They bought a three family home and we all grew up in Dorchester. Growing up in Trinidad was comfortable. My father worked for the telephone company. My mother used to make clothes that she was able to sell. We had a roof over our head, we had running water, food was not an issue and safety was not an issue. But the educational opportunites and ability to provide for your family was greater in the United States."

"The ability to see the constitution at work every day is a beautiful thing. Immigrants see the constitution, they see the rights, they see the freedoms that America has and they see it as a beacon of hope. Often in their countries [immigrants] are not afforded their due process rights or the rights to speak out against the government. As an individual tasked with the responsibility of protecting those constitutional guarantees, it's rewarding. But we've become complacent. We've become a society that takes it for granted. When that starts to happen I think we unravel."