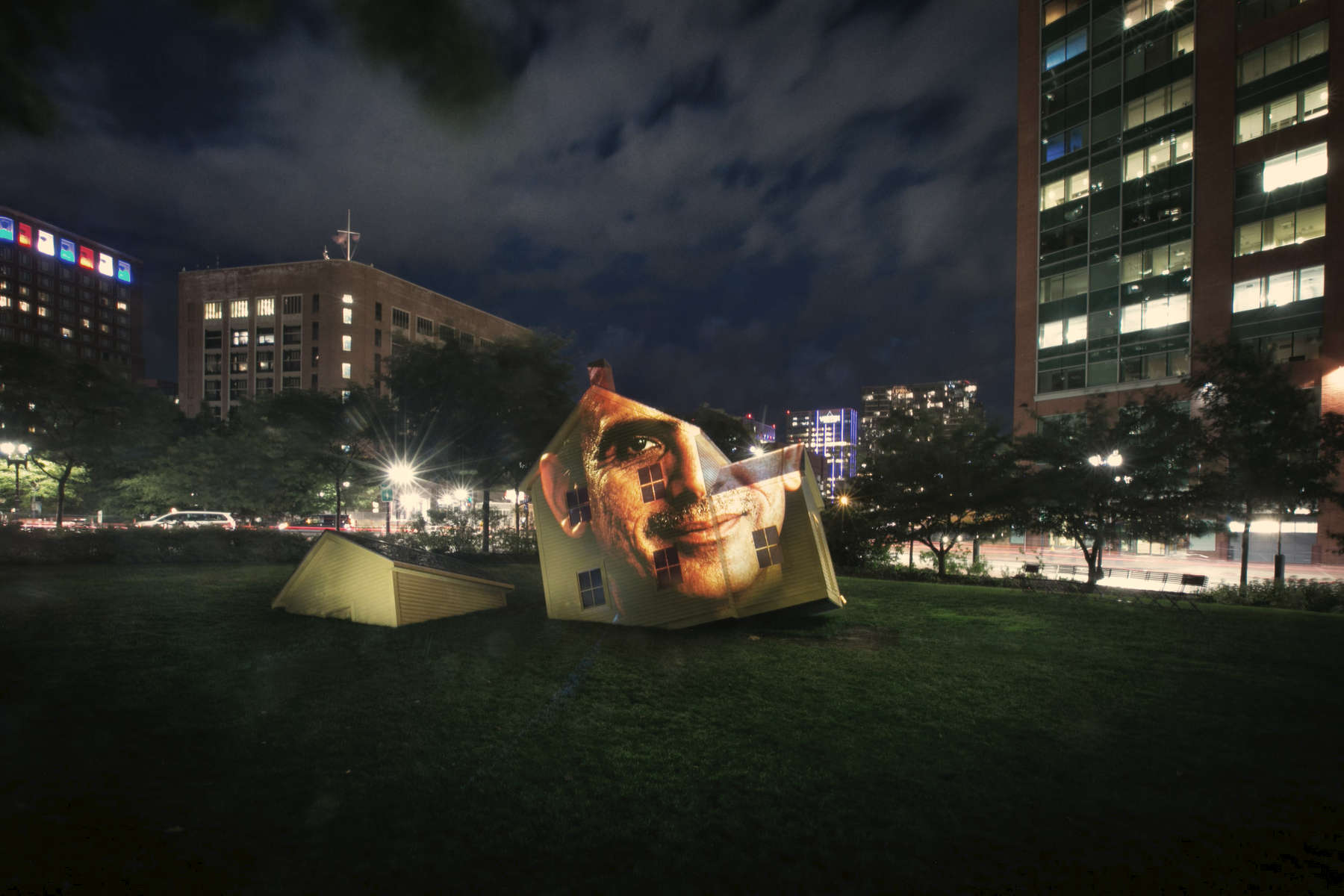 Thaer Abdallah is a Palestinian artist and human rights advocate born in Baghdad but for Thaer, home is a very unsettled concept. As a Palestinian born in Iraq he could not claim Iraqi citizenship, hold a passport, vote or own property. After the fall of Saddam Hussein Thaer led a group of Palestinian refugees to Syria fleeing targeted attacks by Iraqi security forces and Shi’a militias. It was the beginning of years on the run - Iraq to Syria and back again. Cycles of prison, torture and deportations became the norm. In the midst of his dislocation, Thaer made a point of continuing to create art, teaching children in the Al Waleed Refugee Camp how to paint using the walls of their tents as canvases. “I have painted and drawn since I was a child when I discovered that art was a world so much larger than the one room which I shared with my parents and ten siblings. Today, I use art to express the pain and strength of my community in Baghdad and of those scattered as refugees in many corners of the world. Life does not stop, and it is still beautiful.” Thaer arrived in Boston in 2008 where he makes his home and became a citizen in 2011.