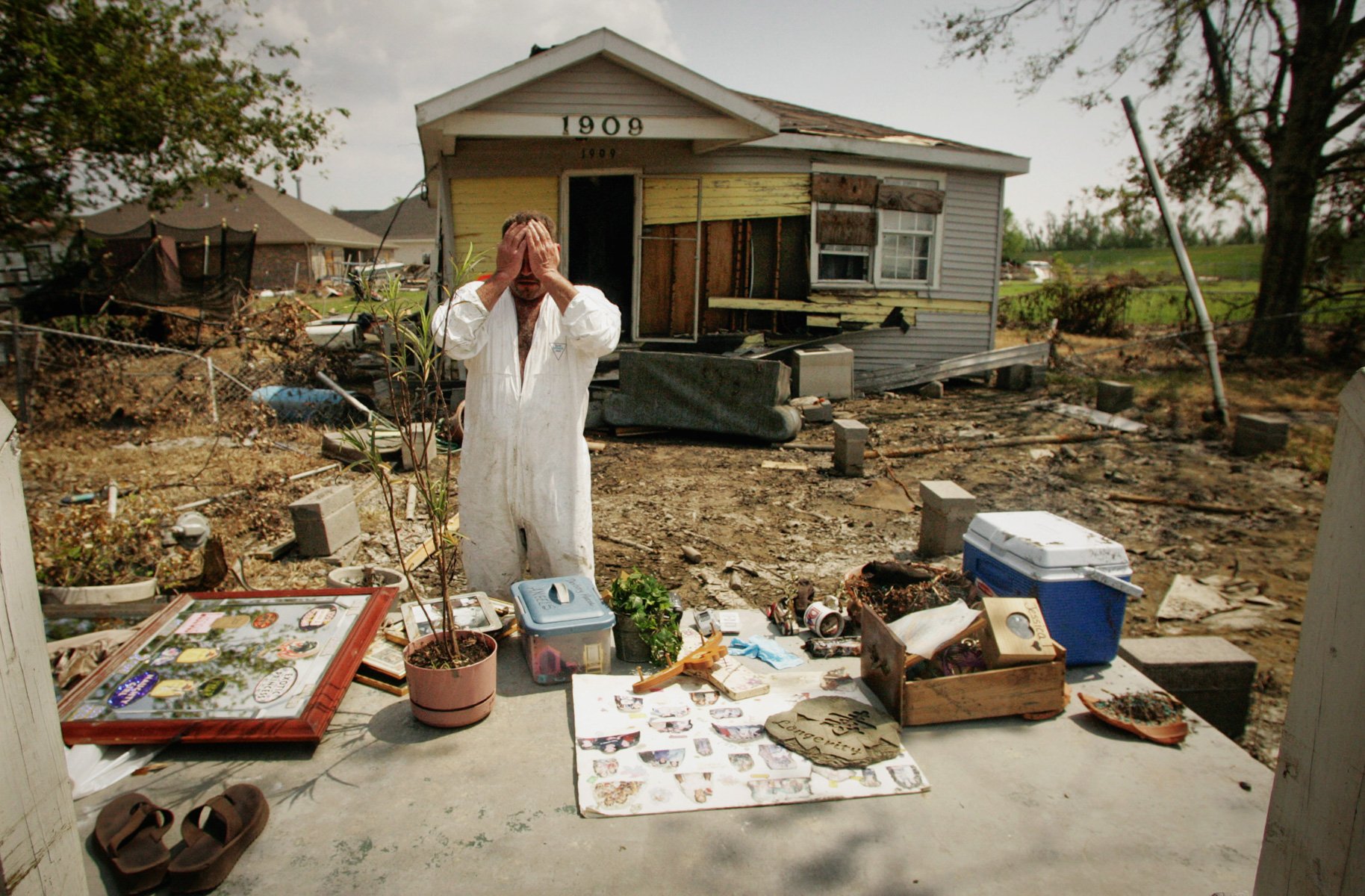 
Untitled - Steve Minyard (cq) stands in the place where his house once stood September 16, in Meraux, La. Spread out on stoop are all the items which he could salvage from the wreckage left after the wind and flooding of Hurricane Katrina. Among the keepsakes Minyard was especially intent on finding were pictures of his sister who died little over a year ago. Minyard shared the house in St. Bernard Parish with his fiancee Jessica Marques Piazza and the two had returned Friday to gather their belongings. "To some people this doesn't seem like much," Piazza said. "But this is all I had. All I had." The couple does not have any insurance.